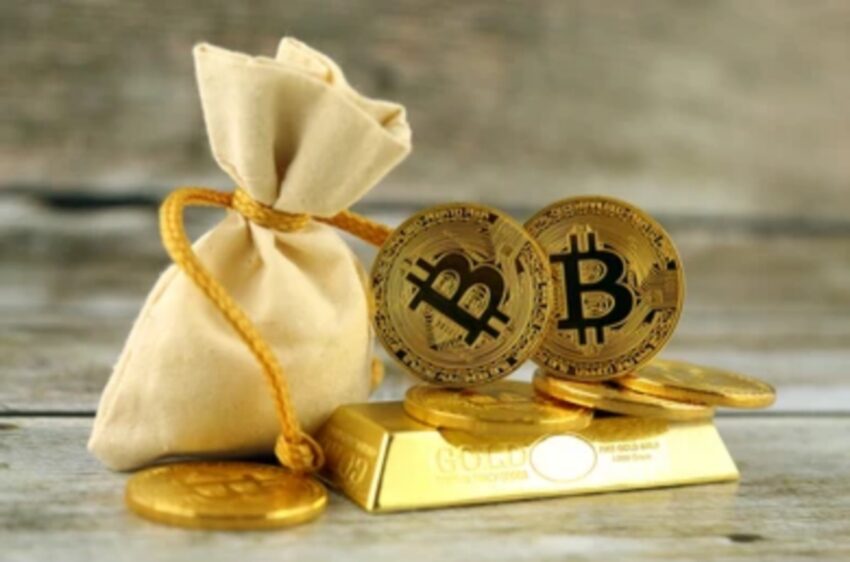 The two popular assets are at different points at this particular time. While Bitcoin gains rapidly, with more investors interested in the asset class, gold keeps declining at an alarming speed. Many investors reduce their gold portfolio, as the asset did not show notable gains even during the pandemic. During that time, inflation led to outflows from gold to other investment classes like Bitcoin and real estate.

The yellow metal might be losing some solid grounds, even as one of the oldest value stores. MicroStrategy’s CEO, Michael Saylor, spoke on gold some weeks ago, and he pointed out how gold did not act as a hedge during the continuous inflation when the lockdown commenced. The increasing outflows are also a cause of concern for the metal, as investors seek an alternative to it.

Gold is on an ATL against Bitcoin

Statistics show that gold is currently at an all-time low gain Bitcoin, as the crypto continues to move above the $50,000 mark. The latter is currently being driven by the bull market, making it hit new highs quickly. The asset’s attractiveness makes other investors rush into the digital asset.

Bitcoin’s 2020 boom paves the way for other cryptos like Ethereum, meaning that institutional buyers might soon dominate the digital currency space. Interestingly, both assets are often compared to each other, mostly because they are suitable investment classes, making the comparison appropriate.

Experts compare the present and previous value of the asset and currently concluded. Reports show that gold has been declining steadily against Bitcoin, as the global pandemic affected both assets. Even Bitcoin dropped to $3,000 as the pandemic-induced inflation wrecked most investment classes.

A while after Bitcoin’s price crash, it began to rise rapidly, and the heavier investment helped it attain its $50,000 price within a year. On the other hand, gold has had a rocky 2020 as more investors choose other assets to replace the yellow metal.

Bitcoin has had around a 1200% increase since the March price crash, while gold is currently around $1,800 for an ounce, as it struggles to move to the $2,000 mark, making it far behind the $50,000 asset. Bitcoin has a better outlook for now, but experts warn against people rushing into the digital asset as it is relatively young. Gold is an ancient asset, and many centuries have used it for a store of value, making it possible for the asset to see an unexpected comeback against BTC

The most significant push for Bitcoin now is the institutional investors. The high-net-worth investors started investing largely into the asset around late last year, helping n the asset break the $20,000 resistance. Some people call Bitcoin digital gold, but it is growing bigger than gold with its present outlook.

Many investors have spoken on the crypto, and Paul Tudor Jones recently said that Bitcoin is the best asset to hedge against inflation. Some claim that Bitcoin’s properties make it an easy asset to invest in because it is flexible and can be taken anywhere without worry about the weight.