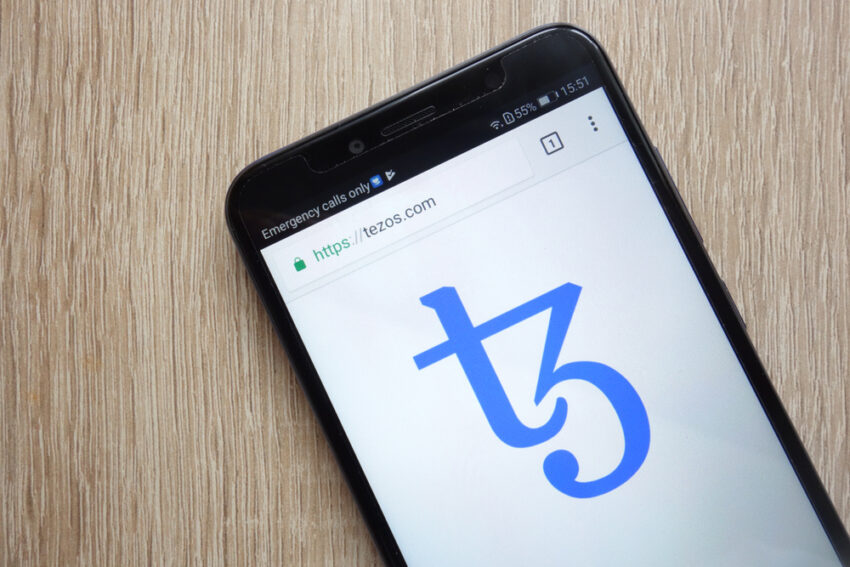 Yesterday’s Coin Metrics data show transactions related to ‘smart’ contracts surged within the last year to over 50,000 in a day from about 10,000/day in 2021 January.

High network fees by Ethereum had NFT buyers and creators opting for alternative platforms like Tezos. The ecosystem has a hub for Tezos-based non-fungible token markets that it says are carbon-neutral, boasting fees of not more than a penny.

Non-fungible tokens caused controversy because of environmental problems associated with trading and minting them on Proof-of-Work platforms. Experts have widely touted Tezos as one of the networks to alleviate such concerns.

The platform’s active addresses waver at an ATH of beyond 45,000, whereas active smart contracts surged three times from below 200,000 to above 600,000 within the last year. That reflects a surge in Dapps and NFTs using Tezos.

Also, the research revealed daily transactions surged in 2021 August after the platform introduced an upgrade, reducing block time by half. The figure climbed from around 40,000 transactions per day to 250,000, and it steadied beyond the levels since.

The platform’s tracker shows the current daily transactions at 309,431, lower than Ethereum’s 1.17 million daily transactions, according to Etherscan’s data. The report also highlighted addresses with more than one XTZ. The figure increased 150% in a year to surpass 300,000.