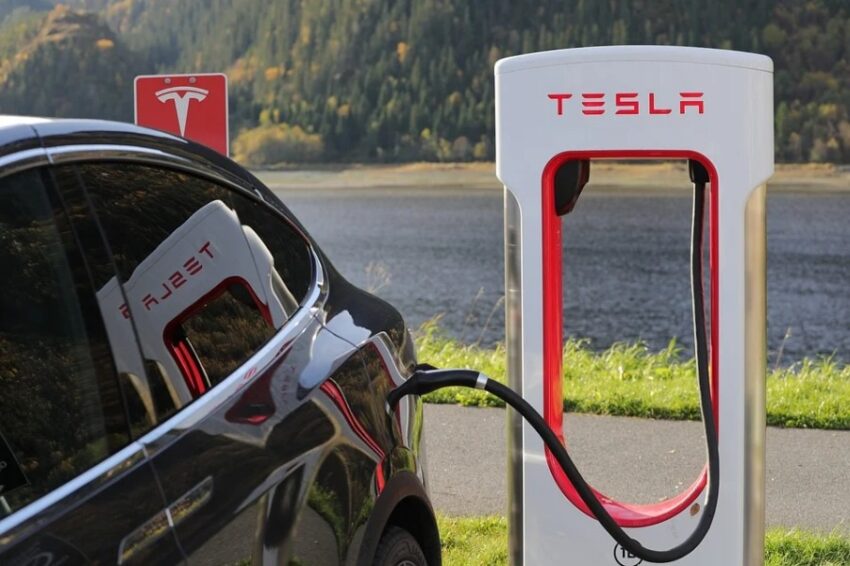 Just as the stock market crisis remained uninterrupted on Monday, Tesla shook its shoulders and carried on with its business, as usual, relentlessly driving its stock price higher and higher. In addition to the stock market being down, social networks were down as well, or at least Facebook (FB), and the industry was in a state of anxiety. Facebook was down nearly 5%, Apple was down at least 2%, and Amazon was down at least 3%, but Tesla was one of the few bright spots in an otherwise bleak sea of red stock prices.

Tesla stock did manage to break beyond the $800 barrier for a brief period right before the main session began, reaching a high of $806.97. Despite this, it was unable to stem the bearish tide that was sweeping through the Nasdaq and the S&P 500. It ultimately fell below $800, closing at $781.53, although it was still up a little more than 1% on the day.

The stock had been trending upward on the chart for some time, but the newest set of delivery figures undoubtedly aided the bulls in their efforts to push the market higher, although they were unable to hold the critical $800 level. On Monday, Tesla announced the number of deliveries made. In the third quarter, deliveries increased by 20%. Tesla sold 241,300 vehicles in the quarter, representing a 73 percent year-over-year increase and the company’s sixth consecutive quarter of increased vehicle supply. Experts on Wall Street had predicted shipments of 229,242, so this was a convenient outperformance. It was extremely excellent news, and it was almost likely a trigger for the stock price to rise.

According to the latest news, Tesla, on the other hand, is not doing so well. Per a story in The Wall Street Journal, a federal jury ruled that Tesla must pay more than $130 million in restitution to a black former employee who claimed he was exposed to a racially hostile work environment. “While we firmly believe that these findings do not warrant the judgment made by the jury in San Francisco, we acknowledge that we were not flawless in 2015 and 2016,” Tesla said. “We are committed to improving.” If Tesla plans to appeal the decision, the company did not respond.

Although Tesla stock saw a brief dip yesterday, it was able to maintain its position above the $780 high reached back in April, which is currently serving as the break mark of a tiny triangular pattern that developed in the run-up to the delivery statistics. Breaking out and retreating are acceptable, but Tesla only has to hold $780 to maintain its optimistic stance. The stock should be granted some breathing room between $770 and $780 before being declared neutral. The volume profile bars will then provide some opposition at $850, which will cause the price to fall.

Looking at the risks of stock investments