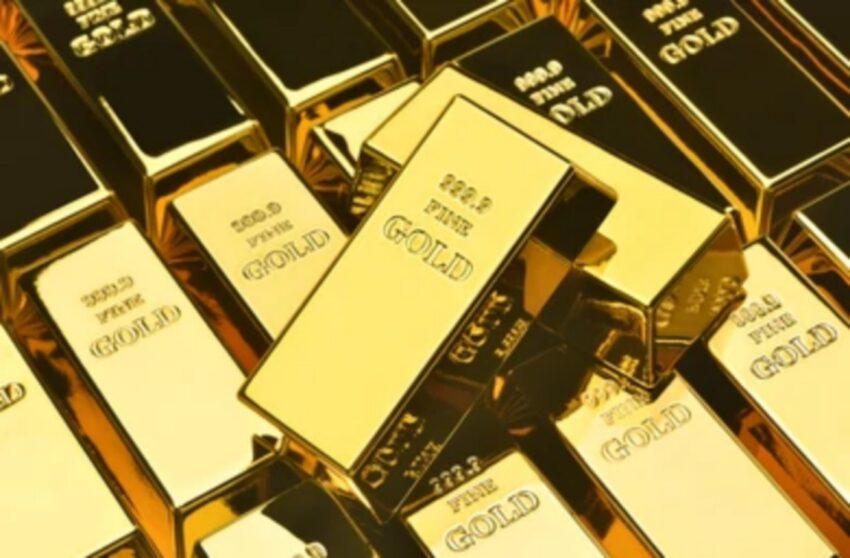 The continuous surge in crypto prices across the board and the breaking of higher highs have been attracting investors from every nook and cranny of the world. People who were hitherto uninformed about the digital assets are now joining the train to grab their share of the profits. Gold, the traditional haven, is one of the assets being dumped for cryptocurrencies. But Sandeep Biswas, a director of an Australian company, Newcrest Mining, has advised crypto investors not to put all their eggs in one basket but to diversify and include gold in their portfolios.

While granting an interview with Bloomberg, Biswas, a gold backer, and investor maintained that mixing gold with Bitcoin was in the best interest of crypto investors. He hinged his advice on the fact that cryptocurrencies are too volatile to depend on. Hence, the assets can tumble and disappoint investors in the event of major disappointing news. In such a case, Biswas added, gold would be the last resort for investors whenever there is a crash in the value of cryptocurrencies.

The gold miner admitted that gold has not been rising in value as cryptocurrencies do. However, the yellow metal still has robust fundamentals and a positive outlook. This is evident in the way investors sought refuge in gold in the wake of the COVID-19 pandemic. Given that gold isn’t likely to witness a sudden crash, people should keep a significant percentage of their investments therein, Biswap advised.

Biswas asserts that the high stability in gold’s price and the yellow metal’s tangible nature make it safer than cryptocurrencies. He sees investors getting worried about the continuous bullish movement of cryptocurrencies and the tendency to dump the assets someday.

According to Kraken, a leading crypto exchange provider, the crypto market witnessed unprecedented volatility in January. Bitcoin mostly recorded a 100% volatility. Such movement happened in March last year during the “Black Thursday” misfortune. However, Kraken believes both gold and bitcoin have a positive outlook. He also noted that judging from historical precedents, the crypto markets should perform better in February than in January. Likewise, the fact that Bitcoin is melting up would reduce its volatility.

Meanwhile, many industry watchers are opposed to Biswas’s views on cryptocurrencies. According to Anthony Saramuci, a Bitcoin investor, the digital currency is now as safe as gold. Scaramucci and his counterpart at Skyridge, Brett Messing, opine that there is a prospect of future growth despite the continuous rise in the digital asset price. This is manifest in the endorsement by powerful and influential individuals. However, some governments and regulators have also warned investors to be wary of cryptocurrencies’ inherent risks.

However, it must be noted that the gold investment expert is not entirely wrong. In January, Bitcoin fell heavily after its surprising rise to a $42,000 all-time high. Then, it lost a huge percentage of profits in less than a week. Though, after the consolidation, Bitcoin has rallied to hit other highs, there is always the probability of a crash.