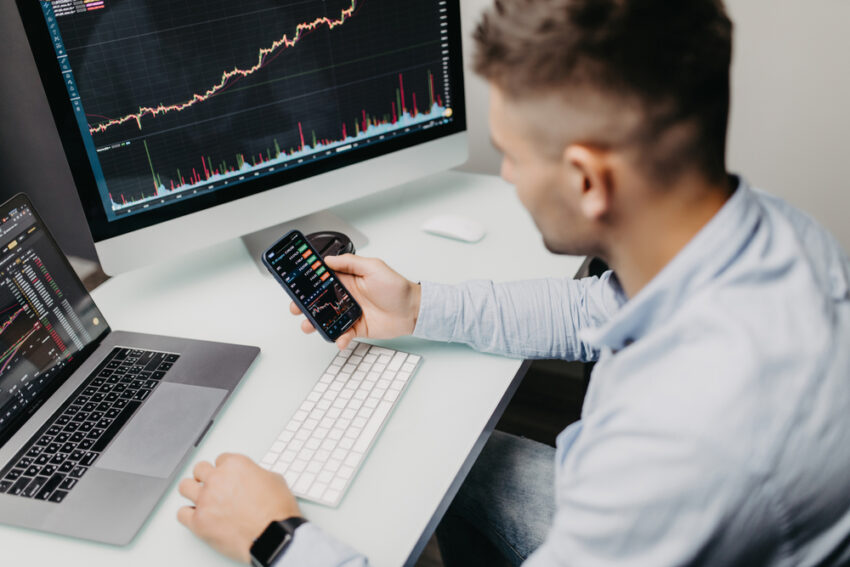 Stock markets in the US as well as in Europe rose alongside oil prices even though the concerns regarding China’s not easing any Covid restraints. Investors’ fears of a possible global economic crunch are increasing.

Small Gains in Euro and US Stocks

Stock markets in Frankfurt and Paris as well as in the UK moved into green and, at the same time, Wall Street too saw stocks going up.

This is despite the fact that investors’ worries about the global economy continue to grow bigger as Covid cases are rapidly increasing in Beijing China.

Consequently, the investors’ hope that China might ease up Covid restraints seems to be now fading away.

SPI Asset Management’s senior executive Stephen Innes commented that China seems to be polarizing itself. He also suggested that some investors believe the reopening in China shall be fortified with fits and starts.

According to Innes, even if China eases up restrictions and proceeds to re-opening, it is quite possible that lockdowns will be imposed afterward.

However, instead of implementing full-fledge lockdowns, they shall be put in place, particularly in the targeted areas, suggested Innes.

The possibility of a Global Economic Crunch Cannot Be Ousted

Yet, the investors’ concerns are poised with further fears. They believe that authorities in China will in any case resort to a rather strict Covid policy to avoid a chilling blow to the national economy.

Fiona Cincotta of City Index told AFP that if China implements renewed crackdowns then the possibility of global recession cannot be ousted.

OANDA’s senior market analyst, Craig Erlam, warned that the ongoing week could be an abyss though the entire year was a turbulent one.

A rumor stemming from Saudi Arabia claiming that the country is considering the possibility of increasing OPEC+ production, sent the oil prices low the past day.

However, when the rumor was clarified by the Energy Minister of Saudi Arabia, oil markets rose. Alongside the oil markets, a spike in the values of commodities too was witnessed.

USD’s value fell low against its traditional rivals ahead of the convening of the Federal Reserve’s meeting in which interest rates were to be discussed.

It is expected that the Federal Reserve has decided to further increase interest rates in the country.

Earlier, exactly two weeks ago, the general sentiment was that Federal Reserve would be decreasing its rate instead of rising it.