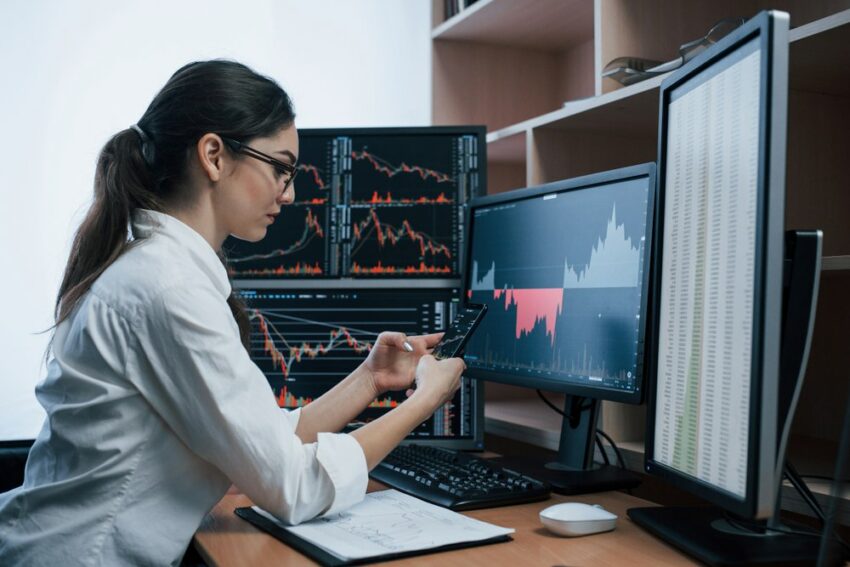 On Monday, major US equities index ended the day higher, after seesawing for most of the day, as investors were focused on the meeting of the US Federal Reserve scheduled for this week.

The attention is on the meeting because there is uncertainty about just how aggressive the US central bank will be in terms of interest rate hikes.

Market sentiment is being driven by the actions of the Fed with traders positioning themselves for rising rates, as opposed to corporate earnings or the Ukraine war.

On Friday, the Nasdaq and the S&P 500 had logged their worst percentage drop in a week since June, with markets pricing in a hike of 75 basis points at the end of this week’s policy meeting.

However, they finally rebounded on Monday, even though Fed funds futures showed that there was a 15% possibility of a hike of 100 basis points.

Bets of more hikes down the road were also higher because of August’s inflation numbers that were higher than expectations, as the terminal rate is now predicted at 4.46%.

Market analysts said that everything was focused on what would happen on Wednesday, so markets were waiting.

The CPI had turned out to be bad and the Fed would now try to get ahead of the curve in order to tame inflation, which was driving equity markets.

Just ahead of the Fed meeting, the caution associated with placing new bets was apparent in terms of trading volumes on Monday.

Only 9.58 million shares were traded for the day, which made it the sixth lightest day in the year so far. New economic projections will also be in focus, as they will be published along with the Fed’s policy statement.

The S&P 500 has already suffered losses of 18.72% this year so far, with worries worsening due to an inverted yield curve of the US Treasury, a dire earnings report from FedEx and global slowdown warnings from World Bank and IMF.

Late on Friday, Goldman Sachs had also cut its forecast for US GDP in 2023, as it believes that jobless rates would rise because of a more aggressive Fed.

There were gains recorded in most of the 11 major sectors of the S&P 500. Healthcare was an exception, as it lost 0.6% for the day because of a decline in shares of Moderna Inc.

This was a day after an interview with President Joe Biden, who stated that the pandemic was over in the United States.

There was a 1.4% rebound in industrial shares, after dropping on Friday, and a 1.9% gain in banks.