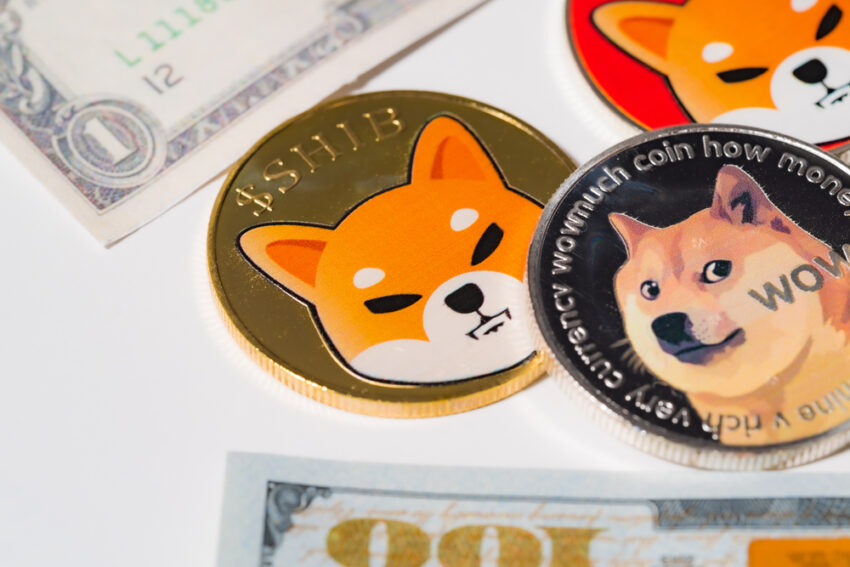 This year was one of the worst for the crypto industry and the global economy in general. Investors are scared to put their capital in risky financial instruments, and the recent incident involving FTX completely demoralized the community.

Despite all this negativity, we still observed some positive developments and enthusiasts found solace in working with meme coins.

While Bitcoin is still the flagship token of the crypto industry generating the most interest online, other coins are receiving attention from regular investors.

Dogecoin and Shiba Inu are at the top of Google searches

Among all coins, Dogecoin and Shiba Inu have been dominant in Google Trends. People are searching for information for DOGE and SHIB as these tokens continue performing surprisingly well.

The resilience of these tokens can be explained by the strength of their communities that are determined to support their favorite projects through thick and thin.

Many are eyeing Big Eyes Coin, which managed to generate over $11 million in presales. It is one of the most promising meme coins. Interestingly enough, it managed to gain some traction in Google during its presales phase.

Other tokens that are also googled frequently are Cardano (ADA), Polygon (MATIC), Polkadot (DOT), and some other popular projects.

As their prices declined, Near Protocol (NEAR) and Flow (FLOW) saw their relevance in search engines reduce. It seems that the public is leaning toward meme coins that generate a lot of chatter on social media and forums.

With the release of Big Eyes Coin, we could see a massive takeover by Christmas. BIG may bite into the market to get a big share and push away current crowd favorites in DOGE and SHIB.

Both meme coins have been losing value throughout the month, but the DOGE is still higher than it was in September, October, and November on average.

SHIB is trading at $0.00000867, which is in line with its average price before the massive bull run that happened in October 2021. If history repeats itself, we are looking at a huge rally at the beginning of the next year.