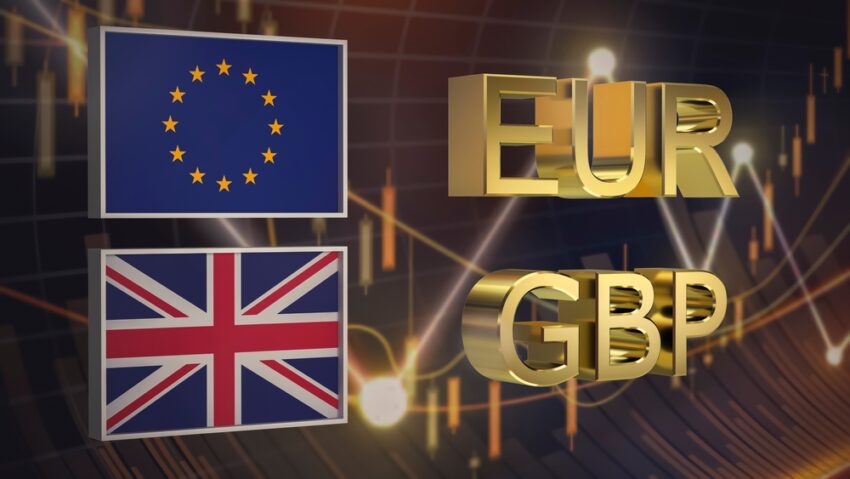 The British pound (GBP) gained against the euro since the Brexit. Though many analysts predicted declines in the pound, the currency reclaimed ground amidst a persistent bearish trend. The massive downward trend threatened some experts who believe EUR/GBP would have its exchange rate risk hovering at 0.84 in March 2023.

While publishing this blog, the EUR/GBP pair traded at 0.85, following a bounce from its lows. Moreover, it appears constructive from technical and fundamental standpoints. So, what about the upcoming actions from the exchange rate? This price forecast considers both fundamental and technical aspects.

A currency moves according to the financial policy differences between two central banks. In this context, the BOE (Bank of England) was among the leading central banks globally to increase interest rates following the COVID-driven recession. Moreover, the bank did that several times.

On the other side, the ECB (European Central Bank) did nothing. It refrained from such moves as war emerged in Eastern Europe (Ukraine vs. Russia).

The ECB took a wait-and-see approach to shield European economies from the effects of war on the economy. Nevertheless, inflation escalates that the bank’s target and the conflict remain one of the reasons.

The move toward 0.82 might have the market bottoming. It retraced within no time, indicating an inverse head & shoulders setup.

A closing beyond 0.86 would clear the road to 0.90. That’s the pattern’s prediction, and such a move would break the lower peaks series, therefore, ending the bearish narrative. For now, EUR/GBP exhibits bullishness as fundamental and technical aspects support additions strength in the coming months.