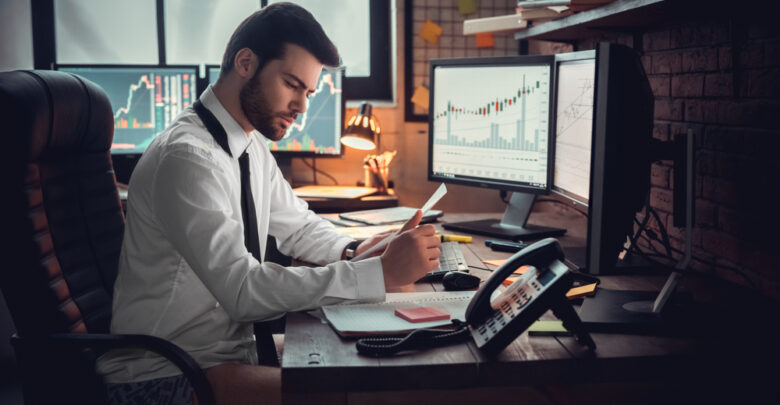 On Monday, Wall Street slumped, with the decline in the energy sector offsetting gains in Boeing, as investors were digesting the best monthly performances of the US stock indexes in two years.

There had been a very strong rally in the US stock market last week, driven by bets that the US Federal Reserve may not hike interest rates as aggressively as feared.

They had also gotten a boost from the stronger-than-expected earnings results in the second quarter. This had seen both the Nasdaq and the S&P 500 record their biggest gains in a month since 2020.

However, Monday saw investors becoming cautious after the recent rally. Analysts said that there were still many questions to be answered about the economic environment.

They said that the markets had not yet seen the full impact of the interest rate hikes of the US Federal Reserve.

According to the Federal Reserve, its goal is to rein in inflation and cool down the economy with hikes in the interest rates.

However, investors and analysts alike are concerned that the aggressive pace could cripple the economy and increase unemployment.

A report disclosed that the manufacturing activity in the US had grown at a slower-than-expected pace in July, with indications that supply chain snafus might be easing.

Surveys across Europe and Asia also showed that factories had struggled for momentum in these regions in July, due to a slowdown in products because of COVID-19 curbs in China and slowing global demand.

Demand concerns saw oil prices decline, which brought down the energy sector. There was a 3% decline in the S&P 500 energy index, which was the biggest decliner in its 11 sectors.

Now, all eyes are turned towards the monthly jobs report of the US due on Friday, as it will provide clues about the next moves of the Fed in its battle against high inflation.

The Fed has already hiked interest rates by 225 basis points so far and has said that future hikes would depend on data.

There was a 6% gain in Boeing, as reports said that the planemaker’s modification and inspection plan of resuming deliveries of 787 Dreamliners had been approved by the aviation regulator.

Even though 2022 has seen Wall Street fall, the earnings reports indicate that businesses have been resilient in the second quarter, more than expected.

About 283 S&P 500 companies have posted their results so far and 78% of them have managed to do better than expected.

The Dow Jones Industrial Average, it lost 0.36% to reach 32,728.07 points. Meanwhile, Nancy Pelosi, the US House Representative, was scheduled for a visit to Taiwan on Tuesday.

China warned that if she visited the island, the country’s military would not sit idly, as Beijing has made claims on the island.