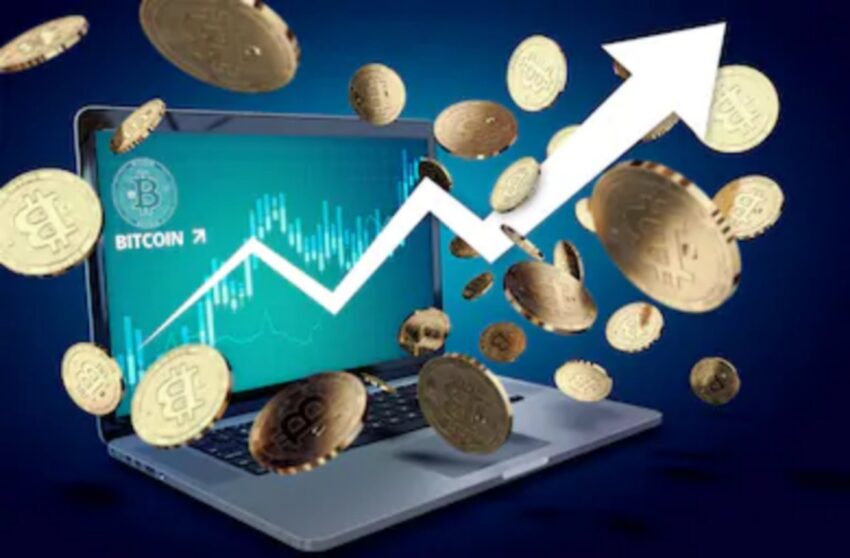 In what has appeared to be a healthy decline, Bitcoin saw a run of decline over the weekend as it dropped from its previous yearly high figure of $16,000. As the new week commenced, the leading digital asset has since recovered and has built momentum and has seen the bulls take charge, placing it well above its previous $16,000 price mark.

In response to the weekend decline and subsequent recovery, a senior commodity strategist that works for Bloomberg Intelligence has noted that the digital asset is well primed to hit the trillion-dollar market cap provided it climbs one major hurdle. According to the commodity strategist, the bulls need to work in Bitcoin’s favor and take the crypto to the top, breaking resistance to rest well above the $20,000 price mark.

Bitcoin wowed everyone yesterday as the bulls took charge as it led the digital asset to place well above its previous $16,000 figure to rest around $16,791. Notably, this new bullish run is coming off the back of the success enjoyed in Moderna’s latest coronavirus drug trial, which showed 95% effectiveness. As it appears, the bulls were not shaken as they rallied to protect the digital asset after the little shakeout that occurred.

The bears took over Bitcoin on Saturday as they unsuccessfully tried to drag the leading digital asset below $15,750. Analysts have mentioned that they expect a very deep price correction before the bull will eventually lead Bitcoin to a new all-time yearly figure like in previous cases. Presently, experts in the market feel that the current Bitcoin bullish run is organic as the coin continues to make intense surges, much to experts and analysts’ admiration. With realised price currently surging, it shows that people are making real Bitcoin purchases.

Number of active Bitcoin addresses on the rise

Mike McGlone has been known for his ever bullish stance when it comes to a forecast about Bitcoin. In September, McGlone noted that Bitcoin should touch the $15,000 price region in the coming days regarding the surging number of active Bitcoin addresses. Bitcoin eventually touched the predicted price region not long after he expected it. In his latest tweet, McGlone made a case for Bitcoin touching its next figure of $20,000 to reach $1 trillion in its total market capitalization.

Furthermore, he called Bitcoin the digital version of Gold and said that the coin would continue to rise as the day progresses and will witness a very fruitful 2021. One thing that backs up his claims is that Bitcoin’s mainstream adoption is presently on the rise.

It should be noted that McGlone is not the only one that has a bullish stance about Bitcoin in the market as analysts across the globe have backed the coin to make a rapid surge. One to note is an American analyst at Citibank that claims that Bitcoin would experience a massive surge next year, and the coin will trade around the $318,000 price region by the end of 2021.